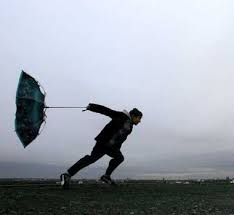 Well, we’ve worked in some terrible weather before but never in winds as strong as yesterday. It felt as though the van was going to tip, and everything we carried became a sail!

All that being said and done, the move for Derek was completed without any breakages. Although it was rather a late finish as there was a problem with the money being transferred – we didn’t start unloading until 4pm. It’s quite unusual for it to be that late but, even still, we managed to get the two vans unloaded by 6pm. Record time – particularly as it was raining with 60 mile an hour winds!

Though, I must confess, it certainly helped that Derek was moving into a bungalow. Once again, like the majority of Greenbox clients, everything was boxed and ready to go with plenty of fuel for the team in the way of tea and coffee. It wasn’t a perfect storm but if it wasn’t for the delay by the banks, it would have been a perfect house move.

Any cookies that may not be particularly necessary for the website to function and is used specifically to collect user personal data via analytics, ads, other embedded contents are termed as non-necessary cookies. It is mandatory to procure user consent prior to running these cookies on your website.