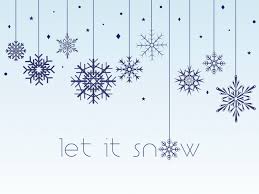 Let it snow…. but just as Greenbox goes…

On Saturday we completed a housemove for Antonia from Monk Fryston to Wakefield.

Because it was a 40 minute drive from our base I hadn’t managed to visit Antonia to quote but she gave me a very specific list, via email, so the price was given on that.

I’m not sure I’ve seen such an organised person in all my years of doing housemoves. Antonia is a big Ikea fan and had lots of the their furniture, and she and her husband had dismantled everything perfectly and had it all nicely stacked in various rooms of the house, all exactly how she had described in her email.

Everything was boxed well.
Everything was in the exact location she had described in her email and went to the precise place in her new house that she had detailed as well.

In retrospect I should have asked Antonia what she did for a living, her talents would be well suited to a logistical position as, because of her and Nikos, the move went brilliantly. And just as we finished, it started to snow! I’m not sure that she had that in her plan but it wouldn’t have surprised me if she did!

This website uses cookies to improve your experience while you navigate through the website. Out of these cookies, the cookies that are categorized as necessary are stored on your browser as they are essential for the working of basic functionalities of the website. We also use third-party cookies that help us analyze and understand how you use this website. These cookies will be stored in your browser only with your consent. You also have the option to opt-out of these cookies. But opting out of some of these cookies may have an effect on your browsing experience.
Necessary Always Enabled
Necessary cookies are absolutely essential for the website to function properly. This category only includes cookies that ensures basic functionalities and security features of the website. These cookies do not store any personal information.
Non-necessary
Any cookies that may not be particularly necessary for the website to function and is used specifically to collect user personal data via analytics, ads, other embedded contents are termed as non-necessary cookies. It is mandatory to procure user consent prior to running these cookies on your website.
SAVE & ACCEPT