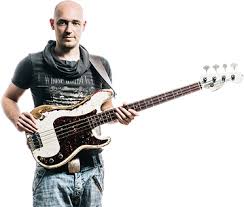 Completed a house move for Lisa and Scott last Thursday. It wasn’t the smoothest of moves as the people hadn’t finished moving out of their new house when we were trying to move Lisa and Scott’s belongings in.

Lisa and Scott kept a wonderfully happy disposition though, all the way until 7pm when we eventually finished (we didn’t start unloading until 4.30pm as they couldn’t get the keys until then!).

All that being said, and even though it was dark and cold, the move was a joyous one particularly because they were so smiley and happy. And the quick room arrangement that Lisa did for their son was better than I’ve seen on 60 Minute Makeover!

It was very interesting talking to the two of them as well. Scott runs an on-line bass guitar lesson site, with more followers on Facebook than any other of its type. Pretty cool. It can be found at:

I’m more of a tambourine man myself though.

Any cookies that may not be particularly necessary for the website to function and is used specifically to collect user personal data via analytics, ads, other embedded contents are termed as non-necessary cookies. It is mandatory to procure user consent prior to running these cookies on your website.